Hi! Thanks for doing this interview with Festivalblog.

No problem at all!

Thank you! Can you tell me something about yourself and Coldrain?

I’m Masato from Coldrain. I sing in the band. We’ve been a band for seven years. It’s our first year outside of Japan. We play music with heavy riffs and big choruses. We are all full of energy for a live show. It’s our second time in Belgium and we are ready to have a good time tonight.

What was the first show that you’ve played in Belgium?

That was in February. We were here with Bullet For My Valentine. It was in a big venue. Don’t know how it was called (laughs) (it was Ancienne Belgique).

Well, what do you expect from the show today?

I hope we have a better time than we had last time. I mean, it was a good time at the last show in Belgium, but it’s the second time here and I hope double the fun. (laughs). 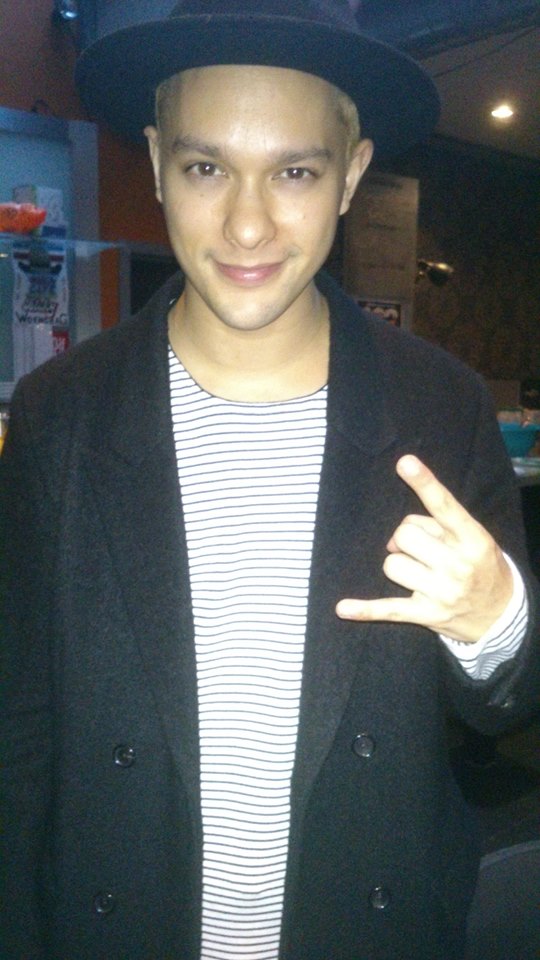 Can you tell the readers what music you play?

We have a lot of elements in our songs. It’s definitely heavy music with metal and punk influences and lots of screaming and singing. We go from the Slipknot vibe ‘till the Linkin Park vibe. We’re big fans of nü-metal and pop. We have that big balance there. We are just a little much of everything.

Can you tell me something about the debutalbum ‘The Revelation’?

Well, it’s our first record outside of Japan. We’ve been around a long time in our country. It was our third full record in Japan. After a while you get into a block into the music and the messages that you wanna put out there. I just really looked inside myself and tried to find a new part of me that I haven’t expressed. That was like a revelation. I mean something coming out deep inside. I just wanna beat myself; a better artist, a better person. There were a lot of things that I was going through; personally as in the band. I was trying to be better.

Well, you’ve shared a very good debutalbum. Where do you find your inspiration for making this kind of music?

I started being in a band after the first time I listened to Limp Bizkit and Korn. I got into bands like Incubus, Silverchair, Pearl Jam, a lot of old time stuff. We were probably in a band when Linkin Park first got big. It was like the screaming and singing and rap at the same time; I just wanted to be like Chester (singer of Linkin Park). It was cool because I found the music that I love, ‘round 1999-2000. But in Japan it was never so big. There were a few heavy bands, but there weren’t many. We wanted to get that music to a bigger scene. It took a while, but I think we are getting it higher.

Did you ever share the stage with Linkin Park of Limp Bizkit or anyone else? Or is it a dream come true?

(smiles). We’ve played on the same festival on the same day, but it’s not the same. But we will once. As long as they keep playing (laughs).

Is the music scene in Japan so different than from the music in Europe?

Yeah. When it comes to heavy music it’s still young. There haven't been too many Japanese bands that make heavy music. But lately there are more kids that take a lot more screaming and headbanging. I think that it’s gonna be much bigger than this.

What do you think about Crossfaith? Because you are now standing on the bill with them.

We’ve known those guys since when they were 18. They are always wanted to go outside Japan. And now we are following them and crossing paths. They had the same goals as us. It’s good to be here.

Well then, what’s the biggest festival you’ve ever played?

We played a lot of festivals in Japan, but it’s different. The best experience was when we played Download Festival in Europe and Rock Am Ring and Rock Im Park in Germany. It was really cool, because we came in February with Bullet For My Valentine and a lot of people of Germany checked us out. I only checked out the festival on Youtube or something like that. It was really crazy and felt good!

Well, a different question. If you ever wanted to do a split-album, with which album would it be? But not Linkin Park!

(laughs) Well, I think since we’ve been doing this thing together, Crossfaith would be cool. We could do tracks together and I really would like that.

What do you think about Belgium so far?

It’s a beautiful country, really. Last time we could walk around and see the city. It’s cool, because inside of the venue there are no borders at all. And outside could be totally different. It’s just awesome to meet new people. (laughs)

One of the last questions. What do you think that the future of Coldrain would bring?

Oehhh. I’m not one of those guys that talk about selling out stadiums and that kind of stuff. I just want to do my thing. Some day if we are selling out venues like this or bigger, that would be cool. We just want to do the same thing and get better at it and I hope that more people come to see us.

Can you describe Coldrain in 3 words?

Really original! Do you want to say something to the Belgium fans of Coldrain?

Thank you for this interview. Good luck with the upcoming concerts!