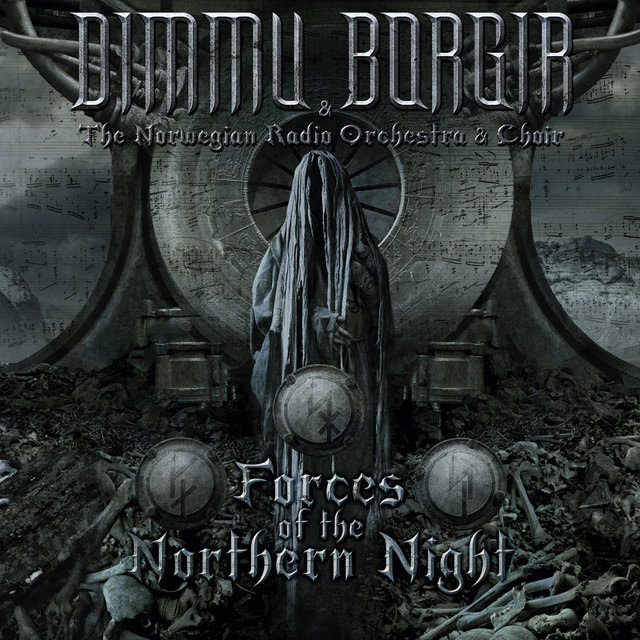 It’s been 7 years since Abrahadabra and after touring some years for it, Dimmu went silent. Can you elaborate on that sabbatical period?

I guess we’ve been under the radar for quite some years now. We usually take a break after each touring cycle. This time it became a bit longer than we anticipated. We’ve still been working on new music on and off and also preparing the dvd release and so on.

Did you do any side projects or different activities?

Yeah of course, we have done that, too. But that really hasn’t been taking up the time. We needed time to regroup I suppose. You can’t force art to be created or it’ll turn out the wrong way.

After 7 years, is it somebody saying “hey let’s do it again” or how does it go?

I guess it’s depending on the situation. We just try to make the best out of it once the creativity is there. That’s what we have been doing the last couple of years. We’ve been working on new music since 2012 or 2013 on and off, it’s only the last couple of years that we had time and inspiration and creativity. It feels good to do something because you feel the need and the passion to do it, not because it must be done.

For Forces of the Northern Night you teamed up with the Norwegian Radio Orchestra and on Wacken it was with the National Czech Symphonic Orchestra. Did you experience a difference between the 2 orchestras?

Yeah, a little bit but it was probably in minor details. It was more in the way we prepared the 2 shows. Oslo as being indoor, we were very well prepared, soundchecks, going through the whole setlist on the same day of the show. Wacken being an outdoor festival, we had no time for a soundcheck and such, that’s much more of a gamble. But I’m glad that both shows worked out, especially at Wacken, we knew the risks. If it was the other way around I don’t think Oslo would have happened. It’s a huge task to do if you’re going to do it properly. You need to have a lot of preparation and that’s what we had in Oslo. It turned out really well.

So what made you decide back then to also do this on Wacken?

We got asked by Wacken to do something special, and playing with an orchestra, that’s doable, you know. We’ve done it before, everything needs to be arranged properly. You need to have the right orchestra of course, choir as well. We looked into the idea and the more we thought about it, the more realistic it looked.

It’s also been quite some years since those shows. Did it take that much time to fully edit and prepare the filmed material?

No, but there were a lot of legalities that needed to be sorted out. First we had to mix it, things were held up here and there and time just flies by. We also knew that in a not so distant future a new album would come out, so it was strategically smarter to release this dvd closer to the album, so we don’t get that huge gap in between. I think of course it sucks to wait for such a great release, especially for the band itself and the hardcore fans and them that went to both shows, there were quite a lot of people who went to both shows. So for them it’s of course something special to have, it feels great, a big accomplishment and it’s been something we looked forward to.

The show in Norway was indoor, the one at Wacken outside. What did you prefer?

It all depends but I think I was most excited on the Norway show. Maybe I was a bit more stressed for the Wacken show because it’s a festival and it’s more of a gamble, a different type of approach. The Oslo show also being the first one, there were a lot of expectations, but we were so well prepared and the orchestra is one of Europe’s most known orchestra for doing different type of stuff. And also the Czech orchestra are in the same way. They have played different types of music which is of course favorable to us because they approach it to each situation.

Must have been a big change for them.

Yeah, in both ways actually. Of course the players and the musicians look forward to this and then we have the more conservative players, the regular classical musicians, they need to be convinced before they actually understand that this is also a huge type of music, even if it is not mainstream on radio or something. Metal music probably has the biggest fanbase all over the world. It felt really good to actually convince those more reluctant musicians in the orchestra. Afterwards they were like “thanks for doing this”.

On the dvd you also see some guys from the Norway orchestra headbanging on the music while playing, so you got some fans inside the orchestra as well I guess.

Yeah, for the Oslo show the initiative came from a couple of those musicians in the orchestra. They, together with the tv broadcast company, approached us about doing that show, that’s how it all came about, because of that basically.

2017 is the comeback of Dimmu Borgir, next to the dvd also a new album planned for this year?

That’s what we’re aiming at, yeah. End of summer or fall, if everything goes as planned, I estimate that but I can’t promise anything.

Can we expect the same Dimmu Borgir? Or will you for instance incorporate new instruments or a new sound?

There will be some surprises, I’m sure. There’s going to be more of everything in many ways. It’s hard to describe at the moment because we are in the middle of the process so to speak. But I don’t think any fan of Dimmu past and present will have anything to complain about. Of course there are some people that are going to complain, but they will complain no matter what, they already made up their mind five months before the album comes out (laughs).

Also orchestra on that album?

Well yeah, we have not utilized a live orchestra but we have orchestral sounds and samples that are played by an orchestra. I think it’s going to be hard for most people to hear the difference. We still have the same choir that we used in Wacken and in Oslo, and now on the new album.

Are you already in the process of recording new songs?

Did it go different compared to other albums or more or less the same way?

Well more or less; I guess we are just as symphonic or even more as we are black metal. But we also are more black metal, more primitive, more brutal, you have all the extremes within the Dimmu reality on this album.

Where did the recording process take place?

We went back to Sweden, with Jens Bogren in Fascination Streets Studios. It felt like we wanted to try something new from scratch, try and develop a more organic, natural sounding record, because we feel the material that we made causes that type of dynamic recording, and that’s what I feel what we have accomplished. I can’t wait for us to share it with people.

There are a lot of bands lately that hire Jens. How did you get to know him?

We didn’t know him from before at all, it was just a feeling we had and as you say, he’s really popular these days, he has a lot of work laid out for him. But we managed to get the timeslot that we needed. Everything has been working out really well, probably better than expected.

Do you already have a title?

Actually that’s like last time, that’s the last thing that we are processing at the moment. But I think we are really close.

Can you tell how many songs you have on the new album?

We have 10 songs, take it or leave it. We didn’t record anything that we feel is of lower value. We always give it our 100% so recording a song that is only of 90% quality, that’s not done for us. That’s why we also don’t have any bonus tracks. Regarding that we’ll have to think on how to distribute the album and all kind of marketing.

Any idea when we can expect the first single?

That’s too early to say. Hopefully this summer, let’s see how it goes if all goes well. We don’t know yet which song we’ll bring out as a single or whatever you want to call it. We still have to discuss that, there are still many things to do.

Any idea on how you will bring that to the public? Using just the audio, a video clip or lyric video, that are very popular these days?

I can’t give an answer to that yet as well. It depends on the label. But I think it will be video clip. I like lyric videos as well if the text has added value. Just putting the text there to support the song is not worthwhile. As a matter of fact, we watched the lyric videos of Katatonia yesterday evening. Those are nice, the lyrics really are an added value in the way it was done. If we do it and we can make something like that, that would be good.

To end, how did you get your nickname Silenoz?

It actually comes from Greek mythology. Silenoz or Silenus is a Greek forest creature, I actually became him sort of in this real life. Pale, a belly, bald, drinks a lot of wine, I guess that’s a good description of me (laughs).