Hey Guys, can you start with telling me your function in the band Forus?

Michel: Yeah of course, I am the guitarist and the founder of the band.

Rémi: And I am the drummer and I also started the band with Mich.

So Michel, you say you are the guitarist of the band, but you weren’t always a guitarist?

Mich: No that’s right, I started the band 12 years ago and I have been the lead singer and guitarist for the first 6 or seven years. But then I had voice problems and I had to stop singing.

Rémi: He had to stop as a lead vocalist but he still does the background vocals.

How did you form this band?

Rémi: We started the band with friends but some people left for different reasons, so then we found our new guitar player 6 years ago. We recorded a new song with our new line-up. After some changes we have a good setup for this band and we are proud of it.

Forus has an unique sound, how would you describe this genre?

Mich: Well I think it is the best to describe it as a mix between skate-punk and metalcore.

Rémi: Yes but we also use a lot of melodic elements in our songs.

You toured through Europe, Japan and the USA, what are some moments that you won’t forget?

Mich: I won’t forget the crowds. We met so many great people and fans. Sometimes we had crazy crowds and we loved it. There are also differences between the crowds.

Rémi: Yeah before a tour we are always curious about how the crowd will react to our music but they haven’t disappointed us. So I think the best thing about all the touring is the crowd.

What are some things that you would do different if you are going to make a new album?

Mich: I think the production could be better. We know now what we want and how we want it.

Rémi: Yes and we are very happy about the writing of the songs because every member has a specific influence in this band. That’s why the writing process is fun for us.

How do you see the future of Forus?

Mich: We want to record new albums and we like to tour. We can’t tour that much because every member of the band has an intensive job.

Rémi: Yes, that’s why we do one big tour a year because we don’t want to quit our jobs, we all like our jobs and we save our holidays so we can tour.

Are there some places that you want to play again?

Mich: We would like to play again in Japan. The crowd was great and people really liked our music there. Also England and the USA are some fun places.

Rémi: We also would like to go to India. People there really like the skate punk genre.

What do you expect of the show today?

Mich: We hope there will be a lot of fans and we also hope we can meet them.

Rémi: We would like to meet new people and new artists. We also are going to watch some other bands because this festival has a great line-up.

Do you guys have a lot of contact with your fans?

Mich: Yes, the fans are really important to us. That’s why we are on Facebook and Twitter.

What are some unforgettable moments in the history of this band?

Mich: I would say our tour through Russia. We had some really good moments but also some moments that weren’t really pleasant. We had to travel by train sometimes and then we were like 14 hours on a train, so I got really sick. And we had to play a show later on that day so that wasn’t a great moment.

Thank you for the interview and have fun on stage.

Mich: Thank you and we’ll see you at the stage.

Rémi: Thank you that you wanted to interview us. 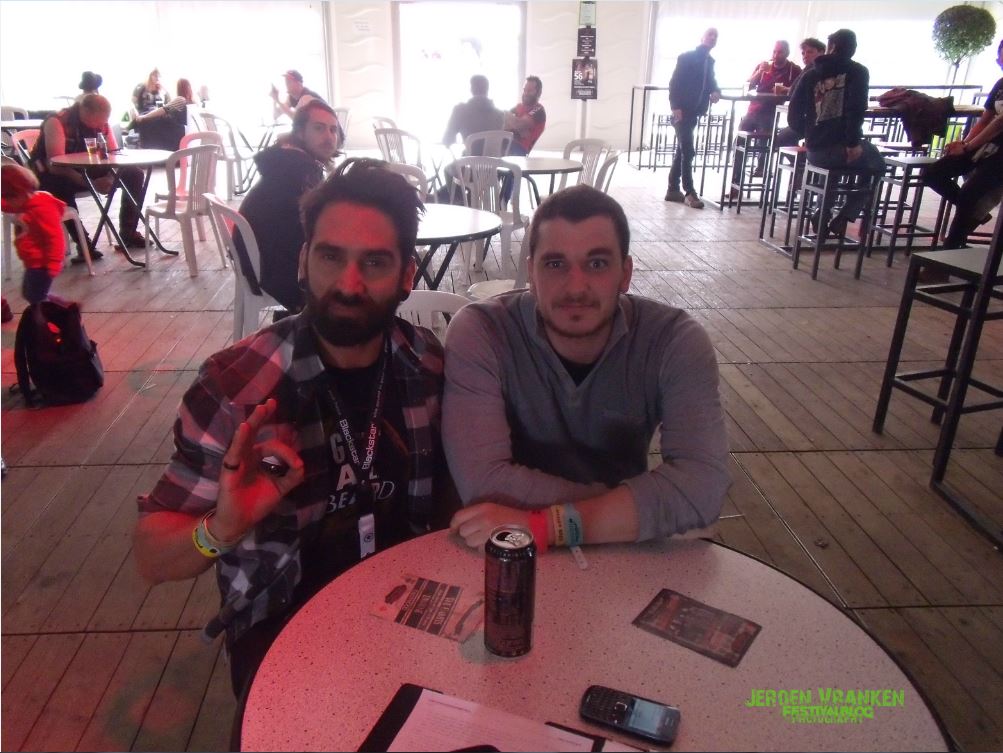