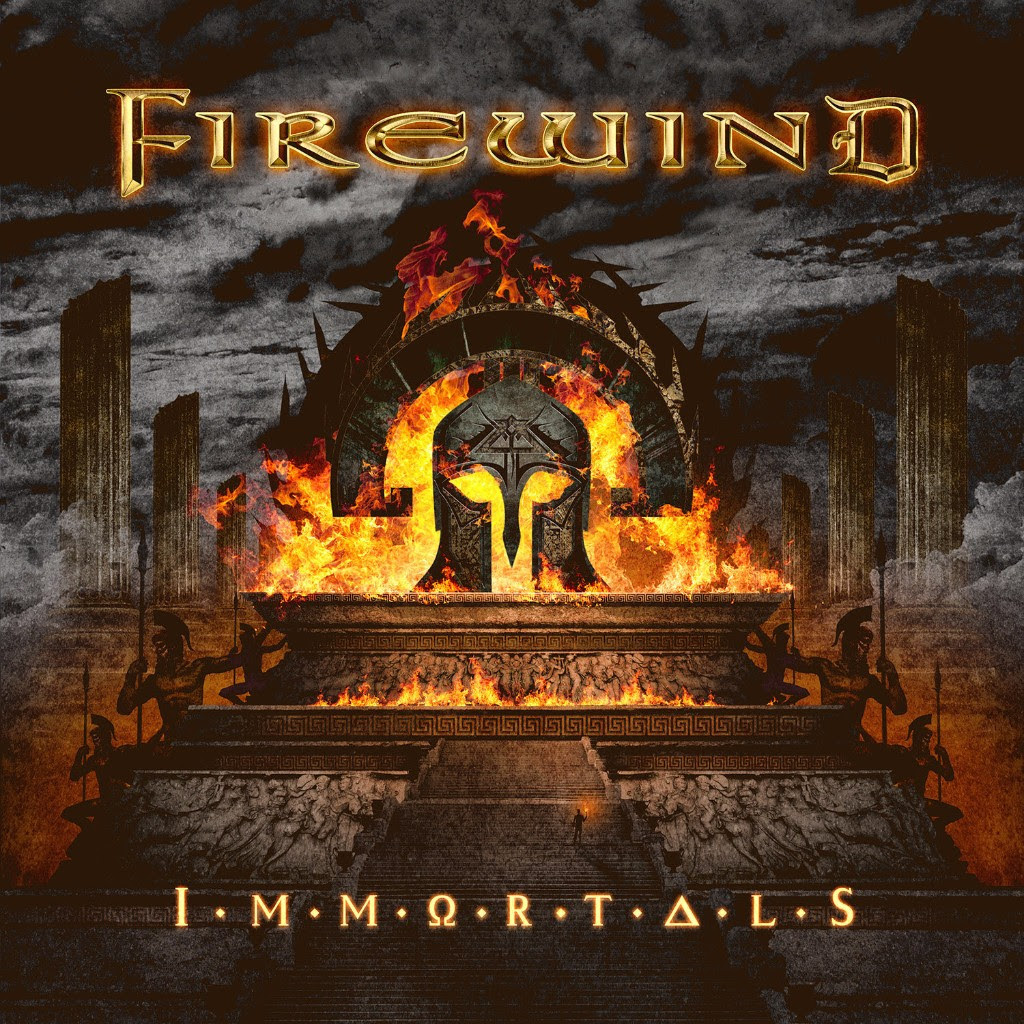 Before the show in Maasmechelen I had the opportunity to sit down with the one and only Gus G and talk about his music, other music, shows and much more.

On the doors we could read “The Gus G Project”, what is that all about?

Well that is an unfortunate mistake from the promotor. It is just Gus G.

Tell me something about the other guys that will be joining you on stage this time.

Well, first we have Johan Nunez the drummer, he also plays in Firewind. We have Strutter who plays bass in my solo band. On vocals it is James-Paul Luna. He is the singer of the band called Holy Grail.

One year ago the album Brand New Revolution came out, was it as successful as the previous solo album?

No… no I mean it was well received, I was just kidding. It took a couple of years for me to make a point and for people to realize like oh Gus is also doing a solo album. It takes time for people to realize what this is and how does that sound. When you interviewed me the first time in Hasselt, that was for my first solo album, I remember that the fans and promotors had no idea what to expect. They had no idea what all this was, it was all very new and now we are getting to a point that everyone realizes what this is. There is a little bit more excitement about it.

For your second solo album, again you worked with great artists, did they have a lot to say about the songs they were on?

Yeah, the big idea was that they could do a little bit what they wanted on the songs. We (Nunez and me) recorded that album live in a room. That was a different approach, we had a more raw approach with this. We again had a few different singers that wrote the songs, they all did the lyrics.

Did you have to schedule and reschedule a lot because of the touring of your guest artists?

Usually it goes pretty fast, everyone does their thing very fast. Of course everyone has their own schedules and their own things but that didn’t really hold back the production. Everybody was on time and very professional.

What is the idea behind the spectacular video clip of the song The Quest?

The idea was to do something extraordinary, something that could come out of a sci-fi movie. I had this crazy idea to make a video based on some of my favourite films like Conan The Barbarian, Mad Max, Highlander and stuff like that. I went to the director and I said, I want to kill bad guys with my guitar, can we make that happen? They then came up with a great script, like some people are chasing me in the desert and that is The Quest where we both are trying to find something, and that something is the guitar, or like we called it the holy grail. Then I kill the bad guys in the end with the help of my robot spider.

The Firewind album will come out early 2017, it will be about the Greek heritage, why choose for this subject now?

It is a concept album where we basically focus on two specific battles. The first one is the battle of Salamis and the second one is the battle of Thermopylae with king Leonidas and his 300 guards. These are some of the most important battles in Greek history and in history in general. This isn’t a new idea we had, we talked about it for a lot of years because most of the band members are Greek so we said we should do something like this when we have the chance. We should make an epic power metal album. We have been playing with that idea for years and we needed to have the right music and the right time and now was the right time to do that.

What are some differences compared to the older albums?

It is more a combination of the older Firewind elements that we are known for. It is more of everything, that was the basic idea. Go more epic, have even more adventures, get heavier. Everything has been featured more, we stepped everything up a notch and we didn’t hold back.

So for the people that listen to Firewind, it is like a combination of all the previous albums?

I wanted to make an album for our fans and not so much for me. A lot of artists make albums for themselves but this album should be for the fans. We knew that people wanted to hear a new Firewind album so I wanted to do something, to create something, to please most or all of the fans. That was what I had in mind when I was making this album.

For the distribution in America, you signed with AFM records, were they following you for a longer time?

I actually don’t know, I do know they were fans of the band. I had a meeting with them in Hamburg and they had a really good feeling about this, they really wanted to work together because they are real fans of the band and real metal fans. It was more like a fan based kind of thing rather than a business thing, of course they have to know their business stuff and they know that. Aside from that, I saw excitement in them, that is very important for me to work with a label. It isn’t only getting an advance for a record, of course that is also important so you can pay for expenses and stuff like that but if people don’t have the excitement the record dies out quickly. So we needed people with cool and fresh ideas.

You also put a list of venues and festivals on the Facebook page, why two times Belgium?

Well that was actually one of the first shows we confirmed (the show in Vosselaar) and then this festival offer came up to play at Olensfest, so we were like why not.

I assume that schedule isn’t the full schedule?

Indeed, there will be more shows, we won’t be adding much more but we will be playing some shows in Greece and maybe some other countries around like Bulgaria, Romania and then we are going to do some festivals in the summer, we already confirmed five I think, but we will be playing ten more so it will be busy for us.

You will also get back to Japan in March, you have been there for 15 years, how is that crowd?

The crowd is really different, every time I am blown away, even though I have been there 15 times. There things are really different and over the top. So the fans are quieter compared to Europe, they get into the music and enjoy and you can see it. They also bring gifts to the hotels, very old-school but that is what makes them great. I really like going there.

You confirmed that Elize Ryd (Amaranthe) will also join you on stage, why that collaboration?

Well she worked together with me on my solo album and we never got to play it live. Now she had an opening in her schedule and it seemed like a good idea. I asked her to come and sing What Lies Below and some other songs. I think she will be a very nice addition to the tour.

What can we expect from the solo shows (like the one he played on that day)?

We will play both solo albums but we will also play some Firewind songs, we play some covers, some Ozzy. Sometimes we even play some Dream Evil songs, it is a little bit of a mixed package.

About Ozzy, do you keep in touch with him?

Well, in June I saw him because we both played on Graspop and since then I haven’t heard much of him.

What are the plans after the show in Maasmechelen?

It is just one show, we won’t be playing other shows, it was a sudden gig. We weren’t planning on doing shows but my agent called and he asked me if I was interested in playing a show in Belgium. I asked the other band members and they were all available so why not. Sometimes unexpected stuff comes up but that’s always nice. It is a nice get away from home, do a gig and after a weekend we just fly back. And in 2017 we start all over again.

What do you think about this show?

Well I don’t know, it is a nice little venue and I don’t know if a lot of people heard about it because it was so last minute. I think it will be good in the end because I always have good gigs in Belgium, doesn’t matter where.

What will you be doing after the show?

You will find me walking around, talking to fans, taking pictures, hanging out and stuff like that. It is a little bit like a family here, everyone is nice, great hospitality.

Well for now, enjoy your stay and enjoy the show.

Thank you and enjoy the show!