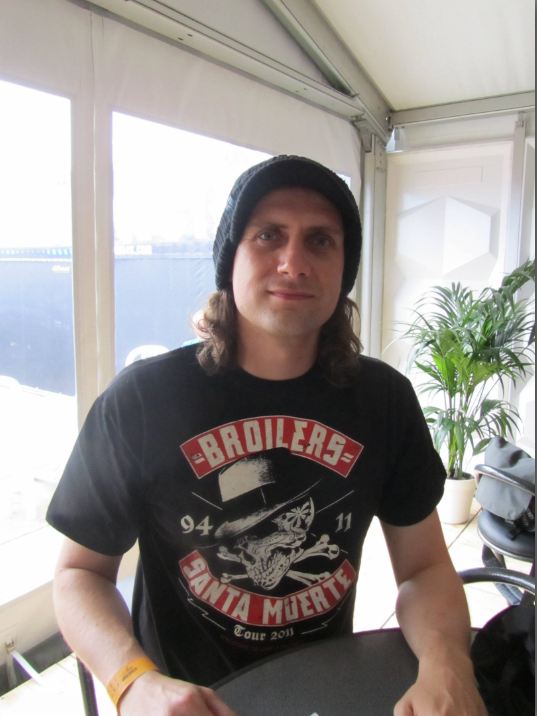 Welcome to Groezrock, how are you today?

I’m doing good, we had just a 8 hour drive from Germany, we are now here to play the show and then we drive 8 hours back. So it’s a very special day for us. It’s nice because we had very nice weather in Germany, here is the weather not so good, fortunately for us we can play in a tent. So who cares!

HSB played Groezrock in the past, can you remember anything from that show?

I can remember them. The last time we have played here, I think Billy Talent was playing right after us and I remember a few people in Billy Talent t-shirts in the front row and they were a little bit confused from our music because we are lot too hard for them. (Laughs)

What does ‘Heaven Shall Burn’ mean to all the band members?

Oh it’s like our hobby, but it’s a hobby far too big. When we started out, we were a hobby band and now, we are still a hobby band. Everybody has a job or goes to university outside Heaven Shall Burn. We are not professional musicians, we just do it for fun but we are so big in Germany. The crowd becomes bigger and more beautiful and we like it. We never thought that we could hit the German charts and release a CD worldwide. So it was a dream that was coming true, so that’s for us very special. We don’t see playing in Heaven Shall Burn as a job, it’s just like a thing where you take your power from for your ordinary day life.

There are some Belgian bands that inspired Heaven Shall Burn, can you tell us a little bit more about it?

Yeah, when we started there were a lot of Belgian bands that inspired us. You’ve got my all time favorite Belgium band Liar. You’ve also got the H8000 area with Sektor, Congress and Vitality, you have also all the stuff that Kindred recorded. That was great and we still love that music.

Will you come back to Belgium this year?

I hope so! You know, it’s always a little bit tricky when you play a festival when you are not allowed to play club shows and stuff like that. We always got great show here in Belgium and the last time we have played here, we realized that there were a lot of new fans especially young kids that came to see our show. That’s why we definitely want to come back to Belgium and play headline club shows.

You did in the past a split-CD with Caliban. How do you feel about this album and how did this album come to stand?

Caliban are some of our closed friends also in private life, we meet a lot and do stuff together so it was logical to do a split-CD with them. On those days we were sited on the same label, now we are again on the same label (Century Media Records) and hopingly there will a new split-CD in the future. It was just a cool thing to do and we still love the release.

The song ‘Voice Of The Voiceless’ stays the best song of HSB. How did you come up with this song? And is it your favorite song to play on stage?

It is not my favorite song to play on stage, but of course people like the song so that’s the reason why I like to play it on stage, because I wanna give something to the people. That way I can give them something what they like so that’s also fun for me. I was pretty enraged when I wrote that song because it’s like a mass production of meat and animal rights and stuff that will happen to our animals and our planet. It’s strange that it became a melodic song because we are really furious when we thought about it, maybe it became that famous because it’s so melodic. So it can carry the message a lot better to people if it’s like more an easy song to listen to.

Where do you take your inspiration from to write the lyrics?

I just go around with open eyes in the world and so I write my lyrics. That’s mostly the first thing I do in the song and the music will come later. I also love music, I listen to every kind of music except reggae stuff maybe, I don’t like that but I’m influenced by death metal, melodic metal, hardcore or evilcore of whatever. It’s like a broad reservoir where I take my inspiration from and lyrically wise, you just watch the news, as a political band you have got a lot of inspiration to make songs.

‘Antigone’ is one of the best albums you ever made. What is the reason for this?

I think that it’s just the time when we recorded the album, it’s was the step to a bigger label, it was our first CD on Century Media and it was also our 3rd CD, and you know the 3rd CD makes it or breaks it! It’s almost the most important CD for bands and it was just a new peak of our development back in those days and we were still naïf enough to do mistakes that make a record great and we were not stupid enough to do all mistakes, we already had some dues we paid. So that’s maybe the reason why.

What do you feel about the fans that find support and believes in your lyrics?

That is something that is totally great if there are people that follow you and get inspiration from the stuff that you have written and that is the reason why we are making music. We are not like artists or something like Mastodon or Animals As Leaders that created a piece of art with their music. We are some political people that say our political opinions on stage. We have found out that music transports our opinion a lots better than writing an article in the newspaper. We are really happy when people find support in our lyrics and follow our ideas.

What is for you the most difficult song to play?

What’s the best tour you ever did and why?

That’s difficult to say because you have got different continents with really cool tours. There is one tour I really want to remember, our first South American tour because it was really, really wild and dangerous. Back in those days it didn’t feels so good but now looking back on those tours we really loved them and remember those days because it was so crazy.

Are you doing something special or like a ritual before you go on stage?

Not really, I train a little bit, warm up your body and warm up my fingers and a little bit my voice. I always send a chord message to my girlfriend. We don’t sacrifice chickens or stuff like that. (Laughs)

Can you describe Heaven Shall Burn in 3 words? 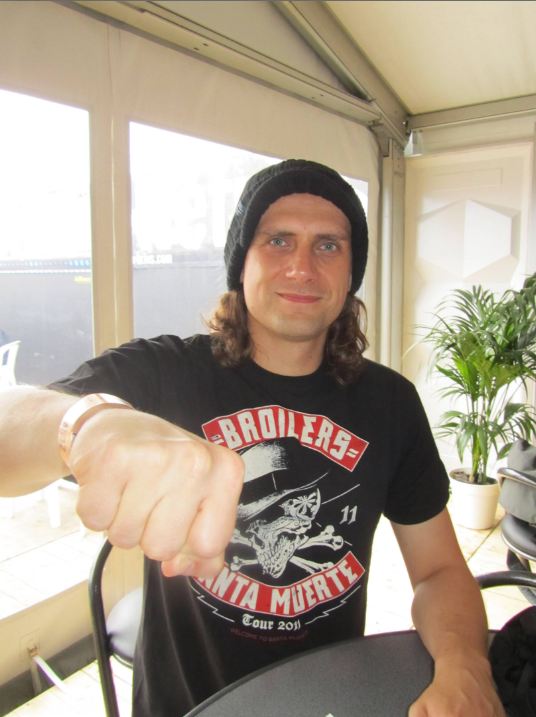