Interview As It Is: Patty Walters

Artiest: As It Is

Saturday As It Is played at the Muziekodroom, Hasselt. We had the honor to have an interview with the singer and founder of the band. Patty is also well known for the songs on his Youtube channel. I can say that this is an artist with a brilliant knowledge of music and a great personality. After some small talk it was time for the interview. 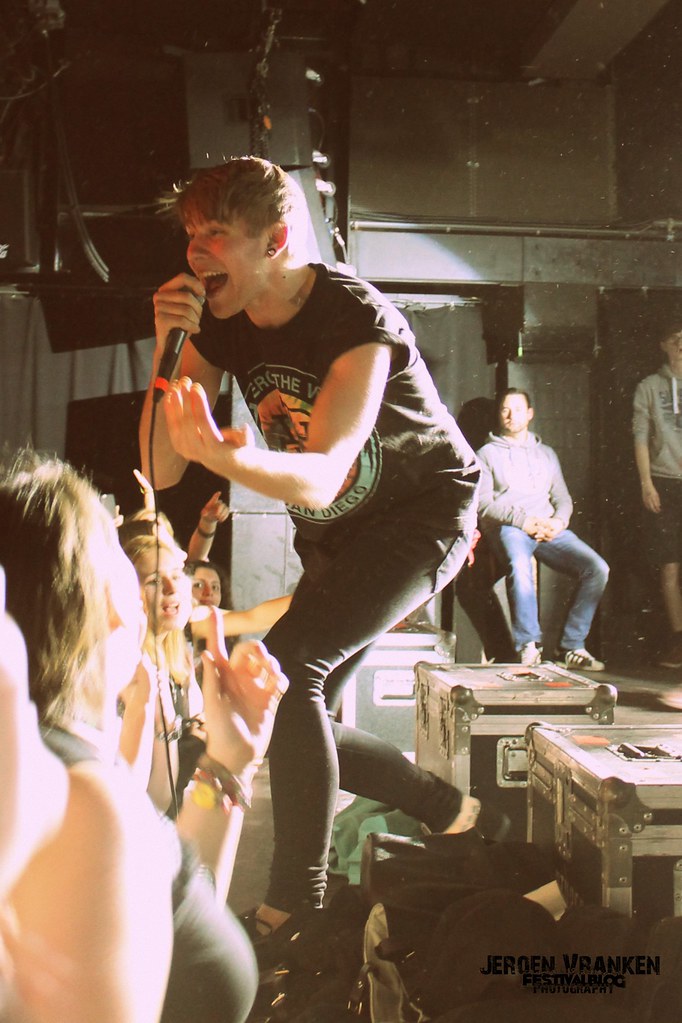 Can you start off by telling us where you come from and what your role is in As it is ?

Hello I am Patty, I was born in America and lived there until I was 5 years old, then I moved to the UK, Brighton. I am the singer of the band.

As It Is was formed in 2012, how did you guys come together?

Well, Ben (guitar/vocals) and I met at the University. Andy (guitar) and I met via joinmyband.com and we tried some stuff and kept contact. Then I decided I wanted to start a pop punk band. Since I already knew Ben and Andy we needed a bass player and a drummer. I placed an ad on joinmyband.com and that is how we found the other members.

Is there someone in the band that has a music education?

Actually yes, 4 of our members have a degree in music. Ben and I have a degree in digital music and arts and Andy has a degree in guitar. The only one without a musical degree is Foley. He studied geography but you know, he is a great drummer so that doesn’t really matter to us.

What are some good memories from those early days?

Our first show is special to us. We played in a living room for some friends in Brighton. We were very nervous back then but as we progressed the nerves went away. We also played at a lot of 18+ clubs. That was the moment we realized we had a decent amount of fans. Another special thing for us was our first tour in February last year. We played a lot of shows in the south of the UK. We also like to return to our hometown to play shows there.

You released 4 EPs up until now and you recorded them all by yourself. How did you experience that ?

There were of course a lot of good things but there were some things that we could do better. First of all I am a control freak and that influences everything. If we write a song and one of the band members is not happy with the song or thinks something should be different, we keep changing it until we are all happy.

Did you get any help when you didn’t have a record label or did you do everything by yourself?

I am glad we didn’t have to do everything by ourselves. We got help from some friends. I actually remember that we recorded some tracks in a bedroom. A friend of us helped us producing and recording some tracks of our EPs.

Soon the album 'Never Happy, Ever After' will be released, how do you think the fans will react?

Well, we streamed the album last week and the people gave us good reactions. They were really excited, we were also excited after we heard all the great comments.

How do you keep in touch with your fans?

Can you talk about how you came up with the album title (Never Happy, Ever After) and what is the idea behind the album?

Yeah of course. The title is a line from the third song on that album. The lyrics are negative, sad and the main theme is guilt and insecurity. Ben and I write the lyrics. Of course the others have a say in this.

How did the writing process go?

We all work together and we are not done until everyone is happy. Ben and I write the lyrics but everybody helps each other. We are always busy, even when we are on the road we are writing new stuff.

Now you are signed with Fearless Records, how did that process go?

It is so great, they are amazing. They are like friends to us. We are so grateful to be signed by them. They helped us a lot with our new album. 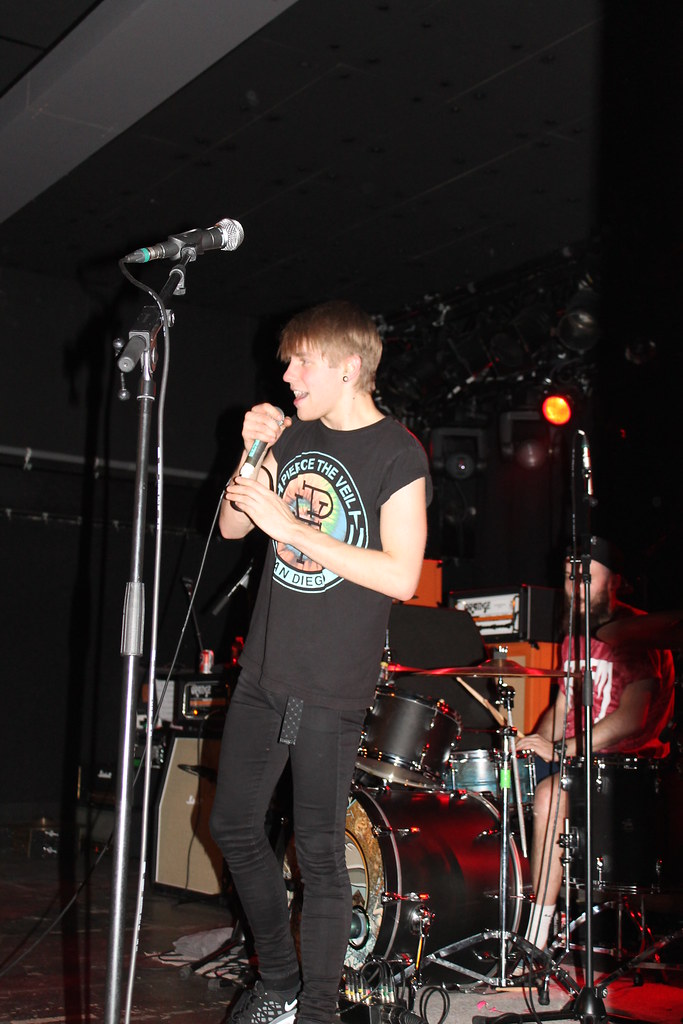 Soon this tour comes to an end but you guys participate in the Vans Warped Tour, what are your expectations for then?

Well, to be honest we don’t have real expectations. We just want to make fun and meet friends. We also want to make new friends. New friends could be fans but also members of other bands. We have the chance to talk to a lot of bands there.

What are some crazy or silly things you guys experienced while touring or during a show?

Well, that isn’t an easy question. The last months are blurred for me. I remember playing in the Netherlands, we played in Amsterdam. It was exactly one year ago that we played in Eindhoven and the show was sold out. For us that was really special.

This is your first big tour, how did you experience it?

A big tour is bittersweet. We love touring but sometimes a break is necessary. We all think about it the same way. When we get back we have a little break and then we finally have time to spend some time with our girlfriends and it would be great to sleep in our own beds. And to sleep in our own beds for more than one night. Some other things we are going to do is visit friends and family. Those are important things to us. If you asked me this after the tour I would say I can’t wait for the next tour.

What's been your favorite track to perform live?

I think it is Concrete. I can tell you it will be the first track that we shall play. All the fans know the lyrics and everyone is jumping around. If we play that song, the crowd is fired up and then we know it will be a great show. It is great to see that the crowd is really getting involved.

Do you think that is also the favorite song of the crowd?

Yeah I think it is, although Dial Tones is a song the people also love. We hope the tracks from the new album will be loved by the fans.

Do you have some plans for after the Vans Warped Tour (new songs, new video clip, more touring...)?

Well, we always have new ideas for some new music. First we will take a break and then we will see what we are going to do.

Do you have anything to say to your fans?

Yes I want to thank all the fans of As It Is. Without you we wouldn’t be where we are now. The new record will be out soon and I really hope we did a good job and everyone will like it.

Thank you for the interview and have a great show.

Yeah no problem, it was a great interview see you later.